The next excerpt from Kingdoms of Faerie is a brief explanation of character creation, along with some "how to do..." stuff. I expect this section will be re-written based on playtesting and feedback. Criticism welcome!

A role-playing game is nothing more than a set of procedures designed to regulate informal, communal storytelling. This is unlike most games, where the rules are unvarying and inviolate, because the game would cease to have meaning without them. This rpg is no different, and the rules which exist are nothing more than a set of procedures which may be altered as the participants see fit. In this game, the authority to change procedure is invested in an individual called the Game Master. There is only one real rule; that the GM will have unquestioned authority to adjudicate which procedures are used, and then how they are applied in play.

To determine each characteristic, roll 3d6, six times, in order. The result of the roll is the indicated characteristic. The modifier for the characteristic is used for various procedures including adventure procedures, combat, and warfare. These characteristics are used when determining the results of tasks involving either the skills or raw abilities of the players.

You should note that mental characteristics are given greater emphasis and have more utility to fighting men than in most OSR games. Wisdom is important for all tasks involving riding and war, Intelligence is used to govern perception and parts of war, and Charisma determines how well a knight’s unit performs in battle, as well as reaction rolls.


In addition, characteristics are directly used for some checks in the game, as shown below:

In the circumstance listed, the GM may call for a characteristic roll from a player. That player then rolls a number of d6, the amount depending on the difficulty of the task.

If the result of the d6 rolled is equal to or less than the characteristic in question, the character succeeds in what he or she was attempting.
Posted by javaapp@gmail.com at 12:57 PM 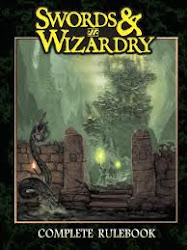 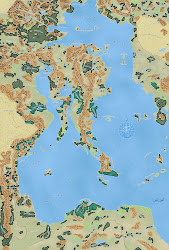